The History in Montgomery County

The rich history of Montgomery County can be experienced at our exceptional museums. Each has their own unique story to tell.

The Carnegie Museum of Crawfordsville is housed in the first Carnegie Library in Indiana and is an interdisciplinary and interactive museum of history, science and art. The museum boasts a vast array of historical items and rotates exhibits often.

The General Lew Wallace Study and Museum is a must-see for anyone interested in Civil War and literary history. General Wallace was an inventor, author, Civil War general and a diplomat.

The stately Lane Place was the home of Senator Henry Lane who founded the Indiana Republican Party. He was a pall bearer for President Abraham Lincoln. The home is located within the historical residential area known as Elston Grove.

The home, built in 1845, is full of Lane family belongs and original furnishings. The Lane Place is the home of the Montgomery County Historical Society.

The Montgomery County Rotary Jail Museum was one of 18 rotary jails built in the United States during the 1880’s houses a working circular cell block that rotates 360 degrees. The former Montgomery County jail also served as the county sheriff’s residence.

The historical Montgomery County Courthouse is the center of county government.

A historical marker identifying Crawfordsville as the location of the very first basketball game in Indiana can be found at 100 E. Main Street. The game between Lafayette and Crawfordsville was won by the home team. Montgomery County is recognized statewide as the Cradle of Indiana Basketball.

A historical marker celebrating Howard Samuel ‘Howdy’ Wilcox was placed by the IRMA (Indiana Racing Memorial Association) at the Marie Canine Plaza , 200 E. Main Street, Crawfordsville. ‘Howdy’ was born in Crawfordsville in 1889. He was in the Indianapolis Speedway Inaugural Race in 1911 and was the second driver in Indiana to win the Indianapolis 500 race (1919). He was also the first driver to qualify at more than 100 miles per hour.

Walking tour brochures are available at the Montgomery County Visitors Center. Tours are developed for the visitor to easily walk at their own pace and enjoy the surroundings of each tour.

Spring is just around the corner in Montgomery County, Indiana! Here are 5 things to... 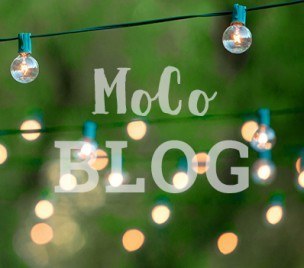 5 Best Cabins near Crawfordsville, IN

Go To The Blog